The Marshall Motif ANC are the first pair of wireless noise canceling headphones from a British brand with a storied rock ‘n’ roll history. This heritage is evident in just about every aspect of the Motif, from the way their audio profile is tuned to an aesthetic reminiscent of Marshall’s vast catalog of amplifiers and speakers.

Sound and style are the manufacturer’s bread and butter, and while the Motif excels in these areas, it lacks the substance of many similarly priced alternatives. The customization options are limited compared to their competitors, and the battery life doesn’t impress either.

Whether you consider these shortcomings to be trade-offs will likely depend on your musical tastes. If your library consists mostly of rock and metal, you’ll be hard-pressed to find headphones that can deliver those genres with such aplomb. Those of a more eclectic persuasion will still appreciate the sound quality on offer but may find more comprehensive packages elsewhere.

Marshall Motif ANC review: What do you get for the money?

The cost of the ANC Motif £180, which puts them in the upper mid-range of the true wireless earphone market. They run on Bluetooth 5.2 – the latest version – but codec support is limited to SBC and AAC.

The headphones are IPX5 rated meaning they are protected against water jets from all directions, while the casing is IPX4 rated and therefore also has a decent level of water resistance. Not all wireless earphone cases have an IP rating, so it’s refreshing to see one here, and the case itself is one of the most striking.

The amp-inspired aesthetic extends to the headphones, too: the oval drums feature a white “M” on the outside, marking the location of the touch controls, and the short stems are textured in the style of the mesh tops. -speakers. This provides a good grip and makes it easier to remove the buds from your ears. Wearout detection is supported, so removing the Motif from your ears causes the buds to pause whatever is playing and resume once they’re back in your lugholes.

The Motif’s battery offers around six hours of continuous playback, with the charging case pushing the total up to 26 hours. Active noise cancellation (ANC) eats away at that figure, bringing in-ear endurance down to just four and a half hours, with an average total of 20 hours including case. Wireless and fast charging are both supported, with the latter producing an hour of playback from just 15 minutes of charging.

Active noise cancellation and transparency modes can be toggled with a long press on either earbud or via an option in the Marshall Bluetooth app. Here you can also adjust the strength of either listening mode on a ten-point scale and enable or disable touch controls. By default, single taps play or pause audio, double taps skip to the next track, and triple taps take you back to the previous track. None of these actions can be customized, although you can choose to long-press your voice assistant or cycle through EQ profiles rather than sound modes if you wish.

There are five EQ options to choose from – Rock, Spoken, Pop, Hip-Hop and Electronic – all of which are displayed on a five-band EQ. You can’t adjust the EQ sliders though, so you can’t create your own custom preset or change the ones on offer, but the EQs themselves offer a reasonable range of choices.

READ NEXT: These are the best Bluetooth headphones to buy right now

Marshall Motif ANC review: What did we like about them?

While the EQ customization is welcome, the default Marshall setting is nothing short of exceptional. The Motif’s dynamic drivers may only measure 6mm, but they’re headphones that pack a real punch. I rarely felt the need to go higher than 50% volume, such was the power of sound they delivered.

In keeping with the Marshall rock’n’roll theme, I began testing the Motif by browsing through a playlist of the Download Festival 2022 lineup. The headphones more than did the subject justice: Marshall’s decades of audio experience have certainly been put to good use here. 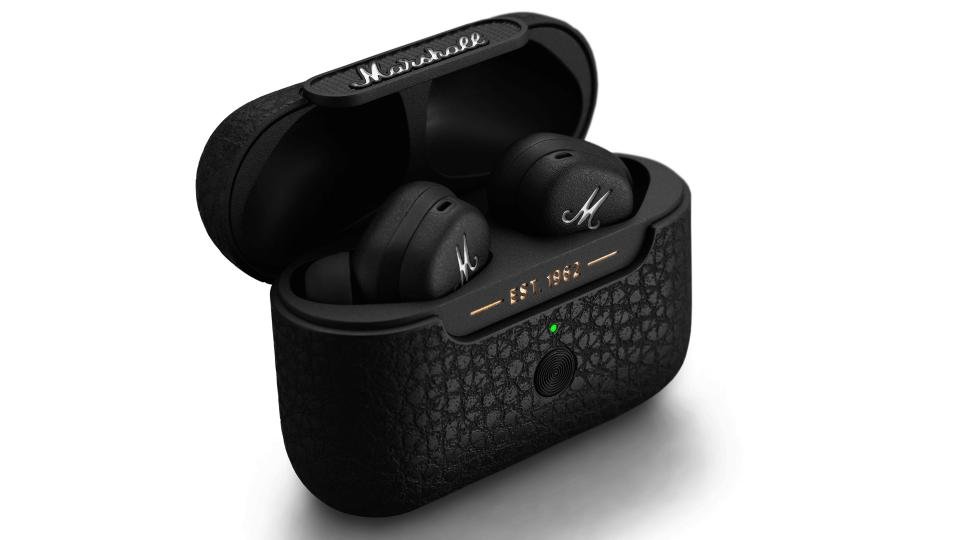 The soundstage is wide, and no song on the aforementioned playlist exemplifies that better than Malevolence’s “Remain Unbeaten.” The thumping instrumental sections were pleasingly uncluttered, ensuring that every guitar strum and crashing drum was articulate cleanly.

The bass had a suitably resonant thump, pumping plenty of energy into Boston Manor’s “Carbon Mono” without ever encroaching on the midrange. Tracks that featured higher-pitched vocals, such as Skillet’s “The Resistance,” retained detail and fidelity in the upper registers, even when paired with low bass.

Although best suited to genres like rock, the Motifs sound great no matter what you’re listening to. Taking things in a more orchestral direction, John Williams’ triumphant star wars The arrangement, “The Throne Room”, was beautifully layered, the width of the soundstage helping the brass and strings create a great sense of scale. If your tastes are more traditional, you’ll want to upgrade to the Pop EQ. This added greater definition to the various vocal components of The Backstreet Boys’ “I Want It That Way”, while ensuring that the harmonies remained consistent. 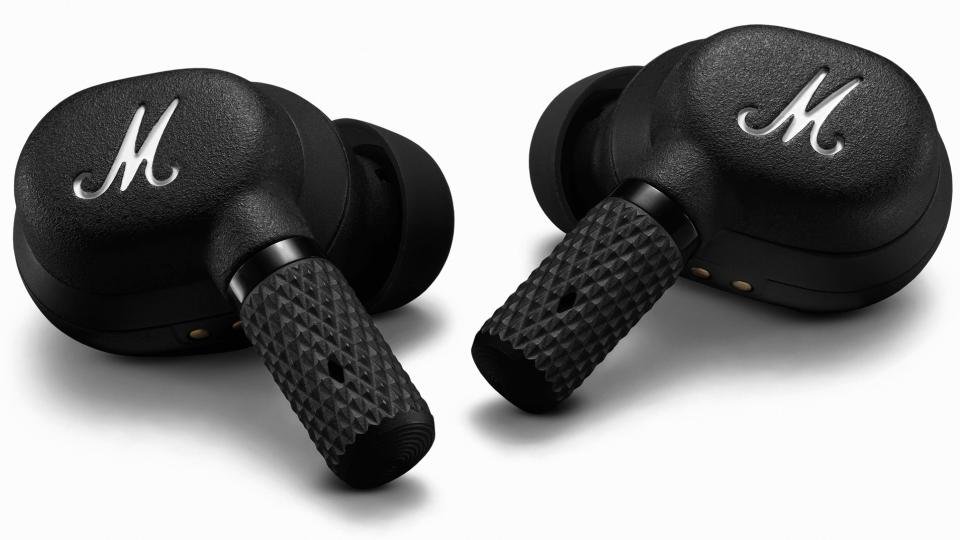 That excellent audio quality is the Motif’s biggest draw, but they have another main feature to shout about: active noise cancellation. Although it doesn’t have the best noise-cancelling headphones on the market shaking in their boots, it proved effective enough to block out a good deal of the background din during my commute to and from London. Train announcements and chattering people could still make their way to my ears, but the low-end rumble of public transit was successfully muted.

Transparency mode also served its purpose competently, filtering sound to heighten my awareness of my surroundings, whether walking down a busy Tottenham Court Road or sitting at a desk with my expert colleagues.

Being able to granularly control the level of noise cancellation and transparency is welcome as it offers more flexibility than just having one or the other enabled at any given time. The difference between the ten levels of each isn’t huge, but having them available allows you to tailor your experience to suit the noise cancellation or transparency requirements of your surroundings to some extent.

Marshall Motif ANC review: What could be improved?

The most glaring issue with the Marshall Motif is their lack of customization options. The touch controls are fairly rudimentary to begin with, but only allowing customization of a single control, and offering a limited set of functions to assign to it, restricts them even further. With much cheaper options like the Creative Outlier Pro and Lypertek PurePlay Z3 2.0 including full touch control customization, the limitations imposed on the Motif are particularly frustrating.

Likewise, not allowing the user to adjust the in-app equalizer feels like an oversight. I found the default Marshall setting just about perfect, but those looking for more complete control over the sonic signature will find the Motif’s audio options lacking.

I also had some issues with the Motif’s wear detection. It worked well enough for the most part, but there were several occasions where the left earbud just refused to recognize it was in my ear and the audio didn’t pick up as expected. I tried to remedy this by replacing the ear tips with one of the two other sizes included, but to no avail. 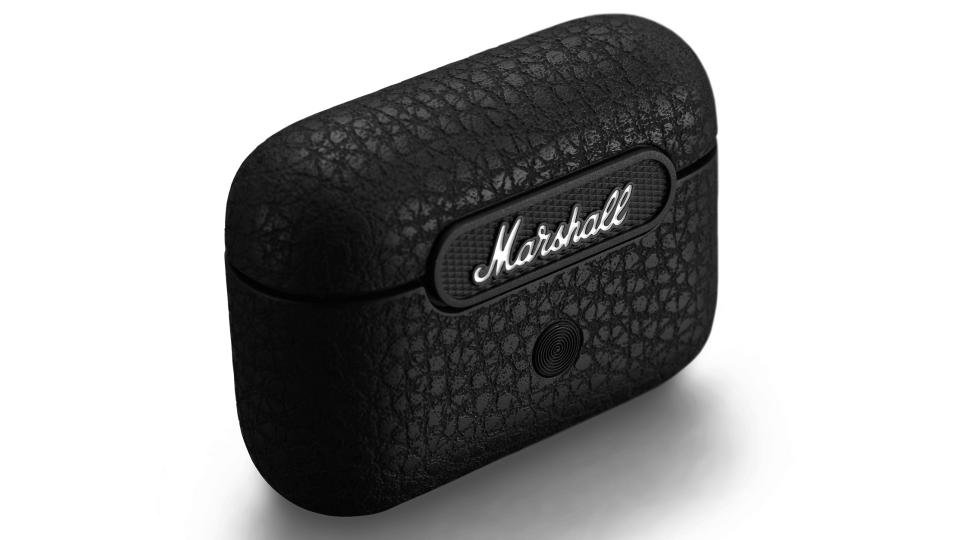 The opposite turned out to be true for the right earbud and highlighted another minor complaint I have regarding the buds. The oval cases were placed in my ears in such a way that they pushed very lightly against the cartilage causing pain after prolonged use. As a result, I found myself adjusting them frequently and it tended to trigger the auto-pause feature. Under normal circumstances I would have disabled wear detection to prevent this, but alas there is no option to do so in the Marshall Bluetooth app.

The last two issues aren’t as impactful, but are worth keeping in mind if you’re considering buying the Motif ANC. First, given the cost of Motif, I would like to see support for high resolution codecs. The sound quality is excellent but would be even better if you could use aptX Adaptive or LDAC.

READ NEXT: Check out more of our favorite noise-canceling headphones

Marshall Motif ANC review: Should you buy them?

That list of issues is quite long for a pair of headphones costing £180, but the Motif ANC pretty much makes up for it with superb sound quality. The Marshall tuning is outstanding, brilliant when delivering heart-pounding rock and metal anthems, but impressive in other genres as well.

Active noise cancellation works well enough to warrant its inclusion, and the unimpressive in-ear battery life is offset by a charging case storing enough juice to see you well for about a week of moderate use. . If you’re a rocker or metalhead who can overlook the lack of customization and various lesser issues, the Marshall Motif ANC might just be for you – they certainly look and sound the part.