The city of Detroit is rolling out the enhanced Park Detroit app on Thursday – and FOX 2 has had a presentation of the updated changes.

DETROIT (FOX 2) – The city of Detroit is rolling out the enhanced Park Detroit app on Thursday – and FOX 2 has had a presentation of the updated changes.

“We are here at Campus Martius,” said Keith Hutchings of the City of Detroit. “So if we’re going to come here, expand and (zoom in) the map, and if you’re looking for a parking meter, you’ll see the meter right here.”

Finding on-street parking and paying from your phone is just one of the features.

The city says the app will compare parking prices across the city, use detailed navigation to a destination, and find the latest events.

“The truth is, this app doesn’t exist anywhere else, in any other city,” Hutchings said.

Hutchings is the manager of the municipal parking department.

“We have been studying parking in the city for six to seven years and how to improve it,” he said.

“It really is designed to help solve problems like congestion and pollution, and solve a lot of the problems people face when people are intimidated entering an urban area.”

There is a long list of features on the app and the city is not finished, with plans to add more in 2022. 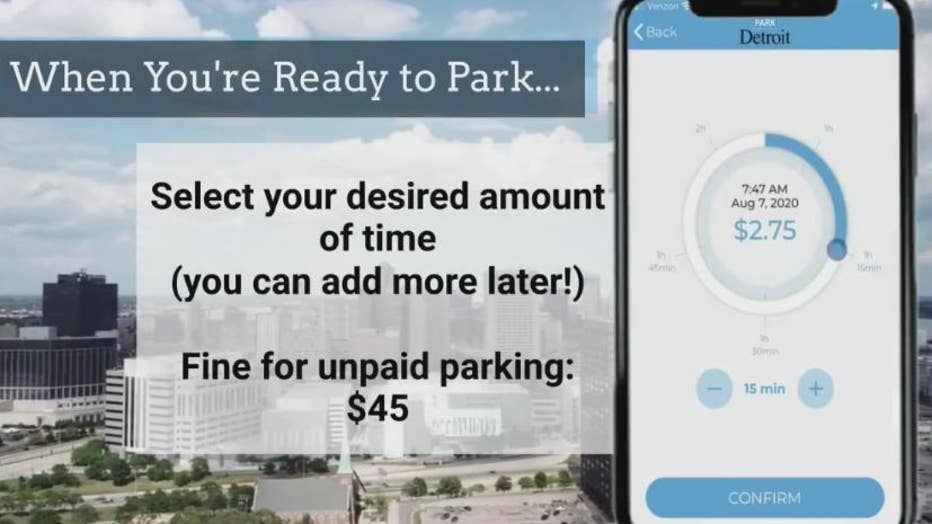